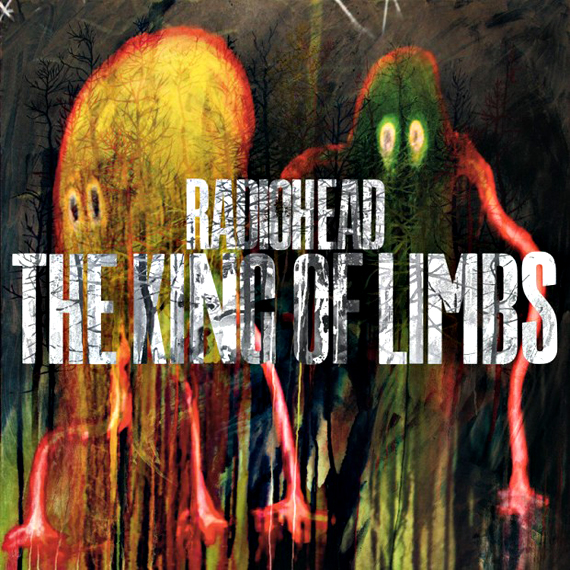 Radiohead are one of those bands who have changed a music scene and yet still derided by some of the public. They’re described by these people as “depressing” and “weird”. Seriously, I wish I was making it up but it’s sadly true. It’s like hearing people describe The Beatles as “lovey-dovey” and “boring”, you’d think that it wouldn’t happen but it does. Personally, I can’t understand how anyone with ears can’t hear that the majority of popular bands have tried to emulate them in one form or another since the release of The Bends and OK Computer.

Radiohead have been constantly evolving since their first album. Very few of their records sound just like their last and if you listen to Pablo Honey and In Rainbows back to back you’d find it hard to see the links. To me, this is the sign of true musicians. All too often I have been frustrated by bands who found a groove and stayed in it, churning out the same thing year after year. All of the great bands have tweaked their sound over time, it’s what shows true passion for the music they’re making.

With that said, I’m obviously a Radiohead fan but I hadn’t heard anything from The King Of Limbs. I have seen Thom Yorke dancing to Beyoncé on Youtube but I hadn’t heard the real music. It wasn’t available in shops for a good few weeks and I’m not the kind of guy to buy music digitally so I waited and kept my ears clean for the moment I could actually get my hands on the CD. So, now that I have it, I’m going to give it a live review for you here right now. Lets do this! 1) Bloom
That drum beat is really out of sync with everything else in the track, it’s all I can concentrate on. When we get to the horns and strings though it becomes quite beautiful. Just for the record, I’ll rarely talk about Thom’s lyrics because I’d be lying if I said I could understand what he’s singing, he’s a bit of a growler and I’m perfectly happy with that but it doesn’t help with dissecting the words as I can never cut through his drawl. The bass line is nice in this too.

2) Morning Mr Magpie
Oh, hello! This is pretty funky. And of course as soon as I mention that I can’t understand what he sings, I can hear him clearly on this track. I’m tapping my foot and enjoying every moment of this one.

3) Little By Little
This sounds like it could have been on In Rainbows but these faster beats that I’m hearing so far do effect the songs. If you think about the Amnesiac era of their music and compare those songs to what’s on this album; they’d be the big difference.

4) Feral
You know, this song really just feels like it was completely created on computer. There is nothing wrong with that, the majority of Hip Hop and RnB music is digitally created, but sometimes when you know it was made by clicking some buttons it takes a bit of soul out of proceedings. I guess what I’m trying to say is, I don’t dig this track.

5) Lotus Flower
Filler. I’m writing this with about 15 seconds left on the track because I had to write something. This moved me in neither a positive nor negative way. It just exists and I have no opinion on it.

6) Codex
This is a nice soft feeling song. It’s weird but I was hoping for more of this kind of thing, I think. Who knew that I’d be left waiting 6 tracks for something a bit more downbeat on a Radiohead album? I’m glad it’s here though. A touching song.

7) Give Up The Ghost
Thom Yorke is a great singer. He’d never get past the first round of a televised singing competition but his voice can be haunting and beautiful. It also dictates this stripped down, simple song. I like it.

8) Separator
Here we are at the end already (boo to 8 tracks). There are some nice parts to this song, mostly little instrumental pieces like the short guitar parts but they’re fleeting as the song constantly rotates it’s different moments. Not blown away but it’s good.

As a whole I’m not sure how I feel about this. With 8 tracks I feel like I should call it a long EP rather than an album and to be honest I don’t think this is good enough to be compared to In Rainbows as a creative whole.

There are about 4 tracks that I can say that I liked and 4 that I just didn’t affect me. And when you buy an 8 track CD you’d want the ratio to be a bit better than that, to be honest. Of course, it being a Radiohead album I’ll probably grow to love the songs over time but I’ve listened to their other offerings before and walked away from my first listen with a more positive opinion.

“Hit and miss” is probably the best summation I can give.