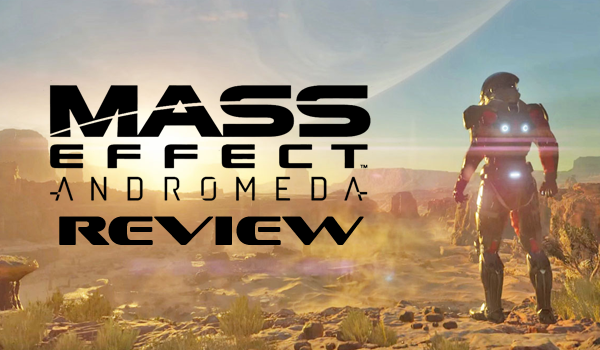 As Peter Allen once sang, Everything Old is New Again.

The Mass Effect franchise holds a special place in my heart. It was the first X-Box 360 game I bought for the fledgling system back in 2008 and I bought the subsequent sequels on release day. I played Mass Effect 2 at least 8 times through (clocking in at an average of 40 hours per play through) and even played Mass Effect 3 a few times through; rounding out a trilogy that, overall, I will remember fondly. But now, after nearly ten years, it feels like we’ve come full circle. Mass Effect: Andromeda released in the UK on the 23rd of March and after having spent roughly 33 hours exploring, fighting, and conversing my way through the brave new world that Bioware Montreal has created; I’m feeling less enthused and more indoctrinated. Despite the early reviews and videos showing some very questionable facial animations and a rather plagiaristic plot line, I was excited for the newest instalment of Mass Effect and eagerly spent my money to pick it up day and date. The early hours showcased a lot of the bizarre facial expressions that I had come to expect and I pushed on and begin to enjoy myself.

The combat flowed nicely enough, the dialogue was engaging and this new universe was full of potential and wonder. And then it set in. The creeping realisation that, despite paying for a Bioware game, I was actually playing an Ubisoft game in Shepard’s clothing.

Unlocking towers to further story and unlock segments of the map? Check. Waves upon waves of palette-swapped enemies with little distinction between them? Check. Character’s faces melting off or outright disappearing from conversations? BIG CHECK. Turns out I’ve been playing Assassin’s Creed this entire time! I cannot fathom what the Quality Assurance for this game must have been like but I can only assume the producers ignored any and all reports given to them because I have never played a game with so much polish and this many bugs, glitches and frame drops.

It’s a gorgeous game, there’s no denying that. The new Frostbite engine makes each of the playable worlds (a sadly small number) look uniquely stunning and is a large, expansive sandbox for Ryder and company to run around in but holy crap do the graphics start to become a problem when you get in close. For one thing, did no one on the team pay attention to the dialogue sections of The Witcher III? Or even Mass Effect 2 and 3? Because the level of interaction is sub-Mass Effect 1, with characters standing stock-still, staring wall-eyed at each other like everyone is being held at gunpoint! No character emotes with their bodies, expresses an emotion besides mild befuddlement and don’t even get me started on Ryder’s head swivelling 180° to face the other way. Or characters will be embedded up to their shoulders in the floor. Or ten feet in the air. None of these issues should ever have made it past testing and the entire product is lesser for it. Your new squad members, while an eclectic bunch of weirdoes, outcasts, and criminals, can be sadly mired in the trappings of the previous games vis-à-vis their gameplay roles. That said, it’s genuinely cool to enter a room on the Tempest and see your crew talking to each other, either about missions, politics or even race relations. Special mention goes to new Andromeda alien crew member Jaal (beautifully voiced by Nyasha Hatendi) and his place amongst the team. We’ve seen, and partnered, with so many aliens in the past that it’s refreshing to see a character taking the outsider’s perspective.

Now, it’s not all negative, as my love of Jaal shows, and a lot of the good in this game can be found in it’s gameplay. Eschewing cover shooting for a more run-and-gun style, battles can shift quickly and often, giving some of the more monotonous encounters some new ways to surprise you. The Nomad is also a huge improvement on previous games’ exploration mechanics, leaning towards ME1’s Mako like it’s copying it’s homework; which isn’t a bad thing. Bombing around planets in the Nomad gives the adventurous feeling I was looking for and the multiple in-car conversations between squad-mates make it worth the trip rather than fast travelling.

I wish that flying between systems and planets was a little less loading screen intensive or was worth it most of the time (I’ve encountered three systems with little-to-nothing in terms of reason to be there) but once you’re there, it’s pretty fun, with multiple missions and tasks to be accomplished.

There’s a good game here. Yes, it’s taking a lot of cues from the original trilogy’s story and executing it with less style and the dialogue, character models and faces can be jankier than an Eastern European indie game but between fun gunplay, vehicle sections that are an absolute blast and crew members that can give you a genuine chuckle in between missions, I think there’s potential here. As of time of writing, I’m nowhere near finished but if this is going to spin out into an all new trilogy then, in the spirit of the original Mass Effect and this wild new frontier, I can only hope that the hardships now lead to a better future.