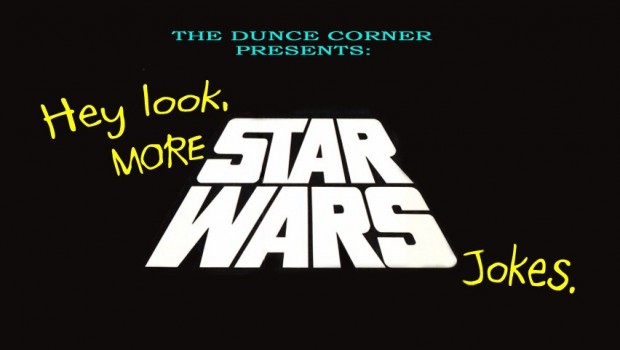 It should come as no surprise to know that I am huge STAR WARS fan.
And yes, that includes ALL six movies, warts an all. And the cartoons, the books, the toys, games, etc, etc.
But that doesn’t mean I can’t have a little fun with it.
For example, this scene taken from “Attack of the Clones”.
No, I’m not going to pick on the awkward dialog here but more on Anakin’s reaction and how I would have written it or perhaps played it out had I been in his shoes. To be fair to the original scene, he was a lovesick teenager, can’t get much more awkward than that,
-and she was his first and only cock-tease.
But seriously, who dresses like a Frederick’s of Hollywood model in her leather bustier to a break-up?
And I thought Darth Vader was cruel.