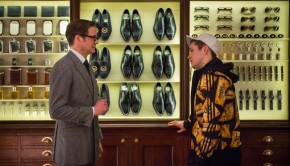 The Drive-In of DOOM! – Kingsman: The Secret Service

November’s commentary is for the third Vaughan/Miller joint of the continuing bromance. Listen as we talk about this scene… … a lot. Like, seriously, we’re obsessed. It’s sad really. […