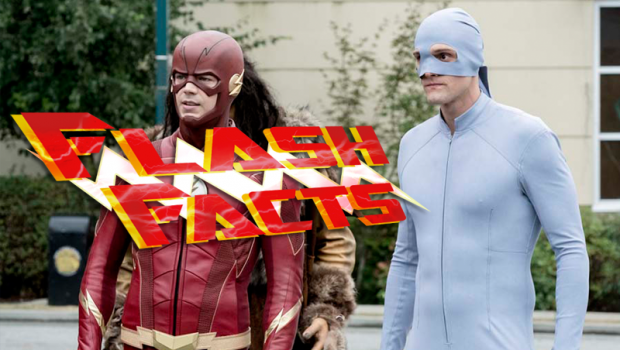 I mean, yeah, there’s a couple funny gags but it’s not enough and I felt myself drifting off much like Team Flash at the beginning of When Harry Met Harry… which brings me to my major gripe; The Council of Wells.

While I’m usually riding Tom Cavanagh’s dick for his range, they had the perfect chance to expand the lore of their established multiverse and they utterly squandered it on some comedy accents that were utterly awful. Not only that but two of the parallel Earths have significance in the wider DC lore. The Nihilist-Wells is from Earth-12, a world which, in the comics, is inhabited by the extended cast of Batman Beyond. Lothario-Wells comes from the psychedelic Earth-47, which is like a 60’s Hannah-Barbera interpretation of DC and the most egregious of all… Mad-Wells, from a “post-apocalyptic landscape where man and machine are one”, Earth-22 which SHOULD be the world of Kingdom Come, the seminal Mark Waid/Alex Ross graphic novel. That said, Supergirl is from Earth-38, which is nothing like it’s comic counterpart but I actually know these ones so it bugs me something fierce.

Thank the maker, then, for Hartley Sawyer. Ralph’s journey to becoming a hero continues here as he starts going out on missions and learns a valuable lesson in humility. His stupid expressive face got me through most of this episode.

Your villain du jour is Mina Chayton, a reimagined Black Bison (played by Chelsea Kurtz) who has the ability to bring inanimate effigies to life, a rather cool, unique power considering the Black Bison of the comics is the biggest Native American stereotype outside of Apache Chief. Solid performance and casting so good job, production team!

We end up at DeVoe’s house thanks to the Council of Wells, all tooled up and ready to kick an ass when a humble looking man in a wheelchair greets them as Clifford DeVoe, automatically disqualifying him as a villain no doubt because no real villain would be handicapable, right? Barry should have learned his lesson after Season 1! Weird to see Neil Sandilands with hair given we’ve only seen him in Metron cosplay up to this point.

A solid enough premise for the episode but brought down by Cavanagh’s ropey performances and an ultimately forgettable villain (and maybe by my own lack of sleep) but next week we’ll see how Barry handles his new foe (spoilers: not very well!) in Therefore I am.