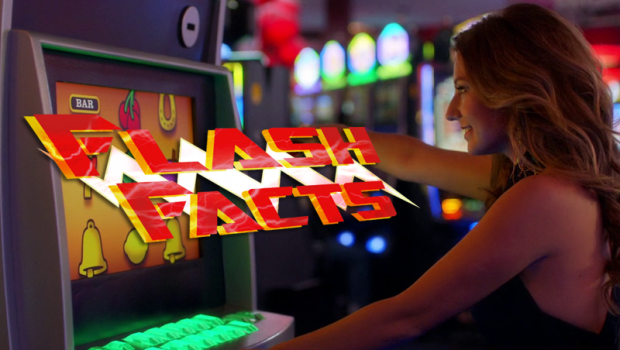 Flash Facts – “Luck Be A Lady“

I liked elements of Luck Be A Lady but, unfortunately, the show has become so mired in it’s own trappings that my face reflected Joe’s for the majority of it.

Hazard is an interesting character for the most part. Becky Sharpe offers us a more passive villain, one who while not inherently evil, is aware of the negative effect her powers have and tries to ignore it which seems to eat at her a little. She’s a desperate person given the power to literally change her luck and I don’t think anyone else as downtrodden would have done any different.

Interestingly, we also get a follow-up on the new metas alluded to by Kilg%re. The Thinker, seemingly, concocted this entire scenario, hinted at by Harry and with DeVoe playing chess. An elaborate scheme to bring Barry back and cause a dark matter wave large enough to grant powers to a literal bus-load of people, including Kilg%re and Hazard.

Now we get onto the bullshit of the week and we start with A GOD DAMN DEAR JOHN LETTER with Jesse dumping Wally. Seriously, this is some lazy writing ass writing but, amazingly, it gets worse! Because Wally went to Earth-2 off-screen and had it out with Jesse and decided to leave Central City. I wish I could find a gif of Wally saying “you didn’t even realise I wasn’t here” because that sums up what’s happened since the show came back.

Everyone else’s development has taken a back seat to Barry and Iris’s wedding BS and it’s really hurt the show. Cisco might as well not have powers and Wally is gone for real rather than just being relegated to background Team Flash member. I hope Wally ends up on Legends or Supergirl because god knows the kid needs some real screen time and the chance to grow.

Harry’s back. Because Tom Cavanaugh’s racked up enough appearances now, his characters are in syndication. Nice sentiment in the episode but I think I’m actually burnt out on Tom, regrettably.

And then there’s this. Hoo boy… I don’t have anything to say to this, it’s just a bad plot line but credit to Jesse L Martin for an amazing reaction gif. Cheers for that.

As of writing, Supergirl and Legends have both come out with better episodes than The Flash and I have a sneaking suspicion that Arrow will continue it’s winning streak; that show hasn’t missed a beat since it’s come back. But hopefully next week will be better because we’ll not only be meeting Gypsy’s father but a certain mystery-smelling detective in an Elongated Journey Into Night.