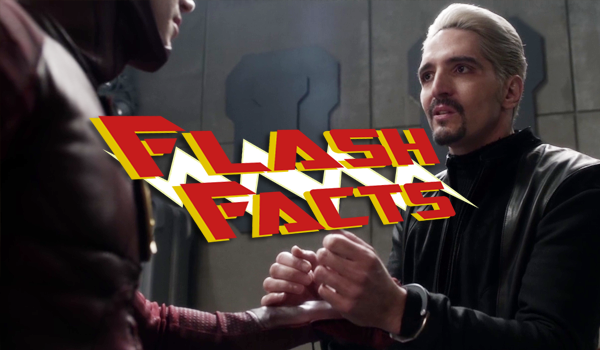 I should give some context to why this particular review has been delayed so much. Could it be that I have personal strife at the moment and these reviews aren’t my top priority? Certainly… Is it fair to say that I’ve spent in inordinate amount of time cringing and laughing my way through Mass Effect: Andromeda? Totally! But mostly?

This episode sucked because I had all of two things to say about it and the rest was bored sighs and various regional expletives. We’re at the point now that Arrow was two years ago. The constant recycling of the same themes for a season with every episode dedicating fifteen minutes out of forty-two to reiterate what the plot and stakes are and, most damning of all, Arrow hasn’t changed and I doubt The Flash will either. It’s pointless padding at best and abject laziness at worst. So before I turn this entire review into a tirade about the various failings of the CW shows, I’ll talk about the things I liked…

Everyone loves Magical Trevor!  Abra Kadabra, one of the goofier of Flash’s rogues (and that’s saying something), is faithfully recreated for his first non-animated TV appearance. He’s played by David Dastmalchion who’s played a veritable Who’s That? of background character in other superhero projects including The Dark Knight, Gotham and Ant-Man. Dastmalchion provides a wonderfully subdued performance but certainly gives off the air of a stage magician.

The only other thing I wanted to talk about is Caitlin’s heel turn because it comes right out of nowhere and cold cock’s the audience as Caitlin suffers a fatal seizure that is genuinely heart-breaking thanks to Carlos Valdez turning on the water works. After the genuine tears way back in Out of Time, I have to assume this was a genuine reaction and it really adds to the moment. Until…

With her power-dampening necklace removed; Killer Frost emerges and hits Julian, Cisco, and HR with an icy shockwave, announcing her arrival in style. It’s a brilliant move that’s a surprise for the audience but continues to set the stage for the… *sigh* Death of Iris.

Despite a couple of awesome performances, this episode is more of the same mediocre bollocks and I’m really getting tired of it. I can only hope that when the show returns on April 25th, that it can match the currently awesome Agents of S.H.I.E.L.D. and that a brighter future awaits us and The Once and Future Flash.