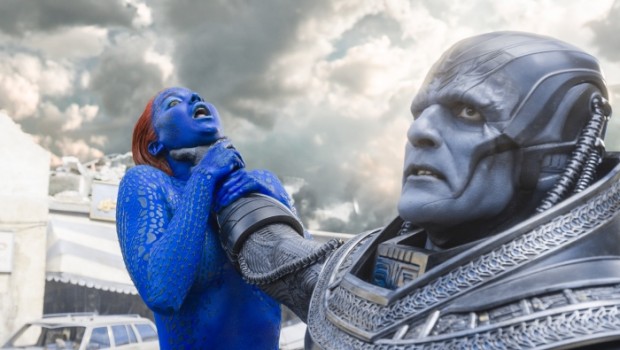 We’re once again awash with movie trailers that fall into DOOM Towers’ realm of interests. This time it’s the (apparently) final trailer for X-Men: Apocalypse. On a side note, wasn’t this called Age of Apocalypse at some point? I have a recollection of that. When did it change? Why can’t I be bothered to look it up?

As this is the second of these that I’m covering I’ll direct you to my last article about it. Once you’ve read that you can join me with the new one below.

P.S. I know we’re going to get sod all Jubilee in this movie and I’m still angry about it.

There are a lot of crazy elements to Apocalypse and his backstory. It seems they haven’t skimped on any of it and I’m really happy about that. Go on, lean in to all that mental Egyptian technology nuttiness.

I like that we’re getting the Four Horsemen. I like that Angel is one of them. He gets slightly more of a feature in this trailer which is good. And yeah, comics are silly looking sometimes, but it doesn’t mean you have to stand around like you’re in a Creed music video. That just looks awkward.

– Watch Us Wreck The Mic… Cyc

I’m an unashamed Cyclops fan. So I have no guilt and need no explanation for including the following screen grab.

Listen, I have a feeling I’m going to hate what they do with Psylocke in this movie but all props should be given to a pretty cool representation of her psy-sword and all awards should be given to Olivia Munn for having to spend any amount of time in the very comic accurate but ridiculous Psylocke outfit.

OVERALL: It looks good. It looks like it’s going to be very similar in quality to the last three X-Men films we’ve gotten, which is only a good thing. Who knows, maybe it can beat the “crappy third movie” curse that X-Men had the first time round. But honestly? I think I’m still personally on the fence.