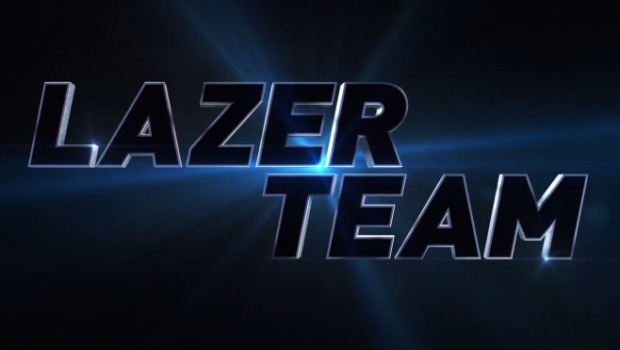 I’ve been a long time Rooster Teeth fan. Like really long. I’ve been following the exploits of Burnie Burns & Co. and the growth of the company into something beyond just making funny videos online for almost half of my life. That’s a pretty deep commitment. You’d think they would have proposed by now.

In 1977, a signal was received. It is the only recorded incident of alien contact. The source of the transmission has never been revealed… until now…

Right off the bat we see the sci-fi action comedy set in the real world with hard, timely issues regarding America’s great conspiracies. I feel like they missed a beat with this one. No “Real Moon Landing Footage”, no “Obama Birth Video”, no “Global Warming is actually Australia forgetting to close the window while the air is on.” for shame.

But we get a good look at the secret government agency that knows about the aliens, has a plan for the aliens, and is going to de-alien any aliens that alien around the Earth. Alien.

Three looks at are team of regular idiots as they progress into world-saving idiots.

From what they’ve talked about, they weren’t supposed to have the suit, and now the DETIA (which from what I can tell is something like Defense Extraterrestrial Intelligence Agency) are stuck with them as the suit’s operators. Shenanigans ensue, allegedly.

It actually looks to me like Colton Dunn’s character (Herman) is taking a break from all the dumb. Ignoring the problems of the rest of his teammates Woody and Zach (Gavin Free and Michael Jones, respectively) and being a cool guy.

As we clearly see from this scene earlier in the trailer as Burnie Burns’ character (Hagan) falls helplessly onto the hood of that car. Herman still stands, smoking, cool guy-ing.

I’m really looking forward to the team dynamic they pull together. The four-man comedy movie is nothing new (see: Ghostbusters, Hangover 1/2/3, Hot Tub Time Machine 1/2, Anchorman 1/2, Bridesmaids, a whole damn lot of other movies 1/2/3) but it works because you can get vastly contrasting characters moving towards the same goal, hilariously. This doesn’t look to break that form.

Aside from the obvious problems that X-RAYS DON’T WORK LIKE THIS!, I found it interesting that advanced military technology has a beer goggles setting. All in all, it looks to be a fun time. Sci-fi comedy is something these guys have been doing well for 10 years, so I don’t expect them to have forgotten what that looks like. Lazer Team, a great first feature effort and, most refreshingly, an original idea for a comedy. What did you think? Let us in the comments!