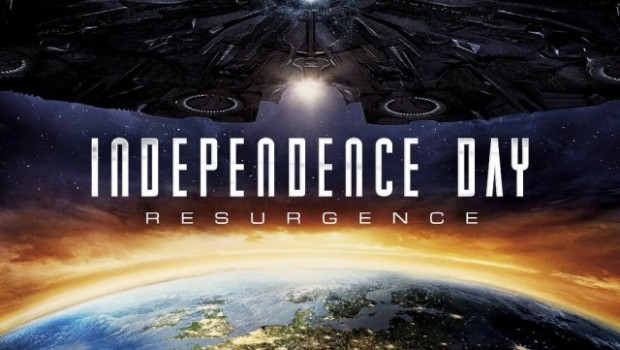 I spoke about the return of this franchise in the last trailer review so I’ll be more brief here. Essentially everyone is back except Will Smith so we have Jeff Goldblum, Bill Pullman, Judd Hirsch, Vivica A. Fox, and Brent Spiner (that’s right, he didn’t die!). With the added bonus of rising star Liam Hemsworth (Thor’s little brother) and the french legend Charlotte Gainsbourg.

It’s twenty years since the last movie (both in and out of the movie’s universe). What happens now?

– Gee, It’s Good To Be Together Again

The trailer opens with lots of talk about togetherness and the past and I think that’s a good tone to start with for the movie. The idea that the world became cohesive after the first attacks and that they’re working as one now will be important when the aliens attack because you want to feel like it’s a big thing and if it’s a global war against the aliens it increases the scale significantly.

– I Bet His Phone Is An Android

The return of Brent Spiner’s scientist, in my eyes, is a stroke of genius. He was used in the first film to communicate (albeit briefly) on behalf of the aliens. They used his brain and body as a microphone/translator. So, it would make sense, if he had an insight into their ways after such a thing. Plus, we technically didn’t see him die, so it’s fine.

– Not The Fresh Prince

There is going to be ample opportunity in this film to have a million inspirational speeches, so I’m sure everyone will get their moment. It seems we get a glimpse of Jessie Usher, who plays the son of Will Smith’s character here, giving it his all. But I gotta be honest, his voice… falls a little flat for me.

I can’t tell if I love his “They like to get the landmarks” line or not. Either way, it’s appropriate. Summer blockbusters aren’t the same without him hamming his way through the action.

OVERALL: I hate the term “post 9/11 America” but for once I think the term has meaning and that is towards movies. I’ve notice a trend since 2001 of disaster movies being met with a much bigger disapproval than they did before and it’s completely understandable.
I’m not normally a disaster movie sort of guy but I have affection for the first ID and I actually like the look of this one but I can’t see it being embraced as fully as the first one was anymore. At least not in America. Overseas, it’s going to do gangbusters but… there could be a backlash towards this in the states. Who knows. Either way, I think I’m in.