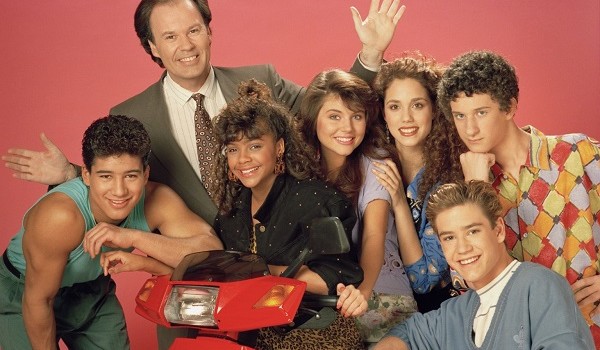 TDMTLTUT: Saved By The Bell

For my second instalment of They Don’t Make Them Like They Used To I’m picking another theme tune that I know by heart. Saved By The Bell was probably the first show I ever obsessed over. I watched every episode repeatedly and stored endless amounts of useless trivia about the show in my teeny tiny brain. For example, do you remember that Zack lived next door to Jesse and could climb up to her bedroom via a tree in her garden? No? I do. And that’s my burden.

Zack Morris was is my hero. Some people grew up wishing they were Michael Jordan or Ferris Bueller. I wanted to be in Zack Attack. Lets look at the facts. He was blonde… I’m blonde! He was skinny… I’m skinny! He had the hots for Kelly Kapowski… I have the hots for Kelly Kapowski! It’s like we were twins, separated at birth. The only difference is that he got to do all the things I wanted to do and I sat at home watching him. I learned a lot of life lessons from this show. For example: If you have a friend who is nerdier than you, its both a help and a hindrance. There are a number of ways to ditch school but you will always get caught so just make sure you get caught by the teacher who likes you an inappropriate amount. Don’t call Jessie “mama”. You can get away with having a mullet haircut if you have awesome abs. Neon colours are cool… The list goes on and on.

The show ended up getting a couple of “specials” where they had summer vacation or whatever. Then some spin-offs with The New Class and The College Years but it never had the same sparkle as the original series. Although the College one had it’s moments.

So here it is, in all it’s motor-mouthed 80’s glory. Unfortunately, you won’t be able to see the pink flamingo fly by. I’ve searched for over an hour to find the proper show intro and it’s impossible to get so we’ll have to make do with just the audio. Let’s air-guitar!

Tags: I still love you Kelly Kapowski, saved by the bell, tdmtltut