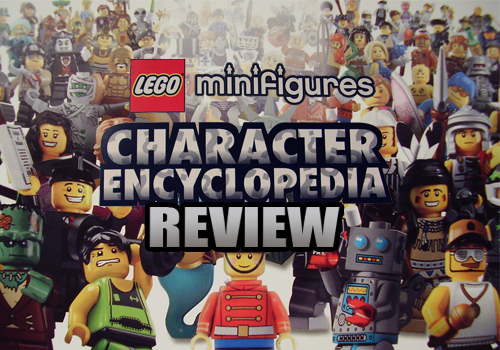 We all dig the LEGO Minifigures Collection so let’s take a look at this awesome encyclopedia! Published by resource book kings Dorling Kindersley, the LEGO Minifigures Character Encyclopedia was released on May 1st 2013 to coincide with the release of the 10th Series of the collectible Minifigure blindbags and, thus, covers every character from Series 1 to the 10th. The book is a thick piece, dedicating pages to not just each individual Minifigure but also each series, the sub-groups throughout the line and a nice little information piece on how a Minifigure is designed and created as a physical toy. Speaking of, this wouldn’t be a DK LEGO book without some LEGO to go with it, would it? The Toy Soldier is an exclusive Minifigure added solely for this book. He’s a fun little addition to the theme overall though he’s not one I’d have picked up if he was in one of the blindbag series. He’s a little plain and not to my personal tastes but I see the merit in him. He’s got bold colours and the extra printing on his legs and arms really sell his look. I also like the little detail of his wind-up key in his back. If I had any real problem with him, it’d be that he doesn’t come with the baseplate that all other Minifigures do so I hope you have a spare one lying around. Back to the book itself; the pages are split into the various series in release order, with introductory pages for each and fun little pages interspersed about minifigures that share a common theme, such as beach lovers, musicians or even monsters. Each Minifigure features stats, their likes and dislikes, interesting trivia notes and great CG renders of the figures themselves. And this is great. It’s a fun little guide to your favourite Minifigures. But as I was flicking through, something dawned on me. There was something missing… And then I realised that the Team GB Minifigures are completely absent from this book. They’re a notable series but I can only surmise that their lack of inclusion has to do with the fact that they were licensed specifically for the London 2012 Olympics and were exclusive to the UK. Such a shame too. In summary, I can highly recommend this book. The LEGO Minifigures Character Encyclopedia is an informative, funny and essential reference guide for any LEGO collector. It’s especially useful if you just want to have a quick check on Minifigs you need and not refer to Brickipedia constantly.