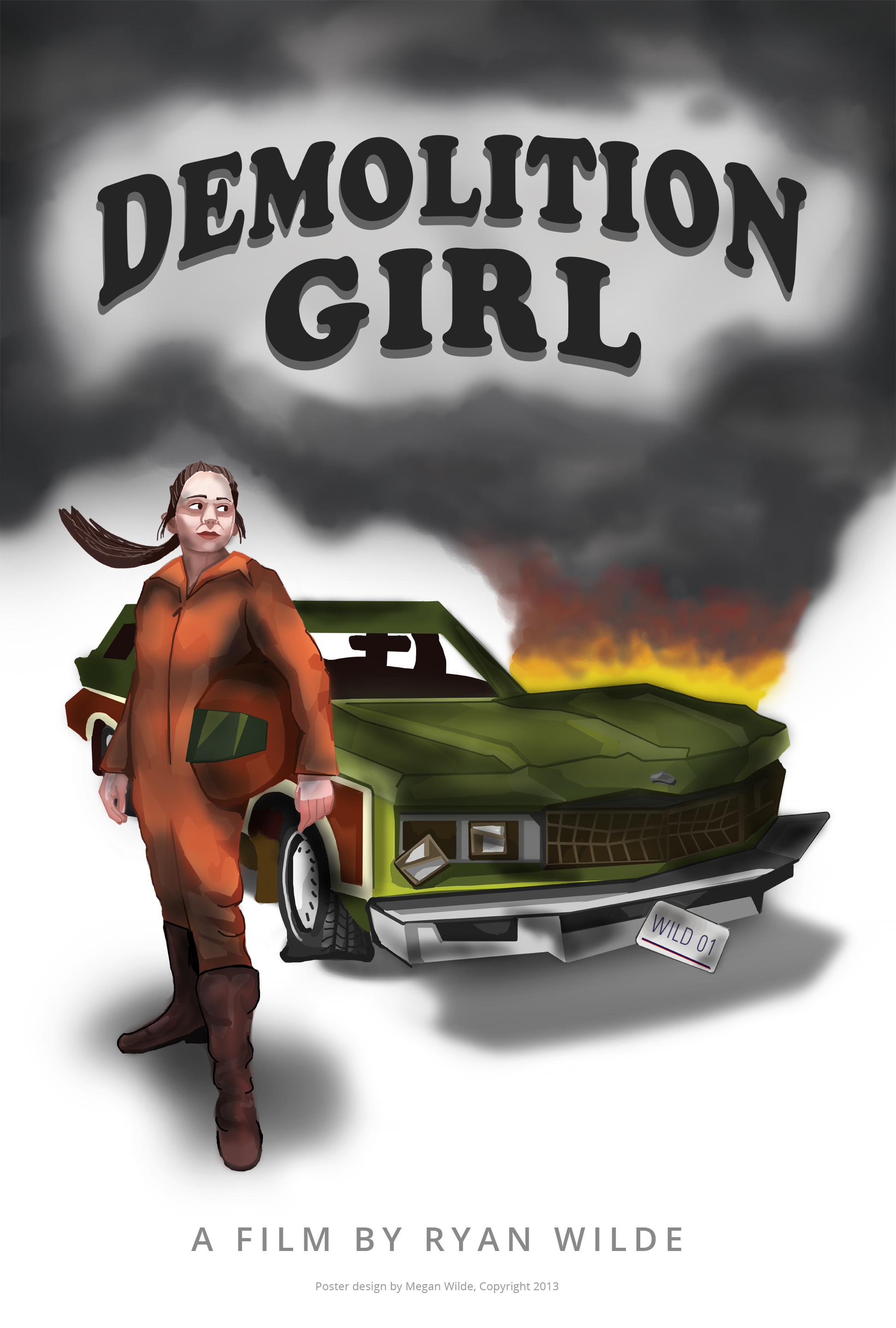 You all know me as Dr. Disaster, playboy, philanthropist, and co-host or the hit podcast STRATUS. You may not know me as Ryan Wilde, aspiring filmmaker.

Three years ago I started saving money to make an independent movie. For the past year I’ve been writing multiple drafts of a screenplay. Finally I’m getting everything ready to begin production. For now all we have is this poster. The movie is called Demolition Girl and you can find the Kickstarter for it here.

The movie follows the journey of a high school girl named Kara who dreams of becoming a professional demolition derby driver. She starts off terrible, but over the course of the movie gets help from some unlikely places and works her way up the demolition circuit. I’ve tried to put as much of myself into the story as possible. The script is my love letter to movies, anime, and video games. Kara is a girl with a dream that starts out at zero with no skill whatsoever. After her first failure, she decides to embark on a journey to get stronger and be the best. They’re the stories I’ve been raised on and continue to inspire me.

While I’ve raised most of the money to shoot the film, all of the budget is going into locations, cars, props, and equipment leaving nothing for the crew or actors. Finding people who will work 12 hour days for a month straight are hard to come by and that’s where I’m hoping you guys come in. All proceeds of the Kickstarter go towards paying the cast and crew for their work on the film.

I’m only getting one shot at making an independent movie, so if you donate just know I’m gonna make the best possible movie I can.