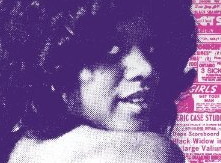 This month sees some special Audiophilia updates as the gang give you their favourite music from last year. First up, Michael Harris tells us his Top 10 albums… in alphabetical order. Because that’s how we roll. She’s beautiful, soulful, powerful, charming, and with her second album she made sure that you felt every one of her many pains. Break-ups and break-downs she belts out every note in this album with heartbreaking strength that only improves upon what she did in 19. Can’t wait for more. As I said in Decembers edition of Audiophilia, El Camino is an evolution and a progression in the sound of an already great band. Blues rock becomes a bit more poppy and mainstream but never loses the delta soul.

The Dear Hunter – The Color Spectrum One of the most impressive collections that I’ve ever encountered in music, this set of EPs covers an immense range of musical and songwriting styles, and though I know the idea of multiple albums with multiple styles has been done before, I haven’t seen it done better. Ragged Wood was one of the best albums of the last decade and with their second effort they have produced a stripped-down series of diary entries with deep reflection belied by the pleasing, folky vocals and music of Pecknold and Co.

Kevin Devine – Between the Concrete and the Clouds Its a crying shame that K-Dev hasn’t recieved the accolades and praise that a songwriter and singer of his quality deserves. The best thing out of Brooklyn, and one of the finest gentlemen that I’ve ever spoken to is still making music that is personal, disarming, and a joy to listen to. Simply, La Dispute is the band that I wish Rise Against still was. They started as a bit immature and simple, but while retaining that honesty and spirit, they have matured and become a cohesive band that knows how to work together to make something amazing. Andy Hull doesn’t want to lose that loving feeling. He and the other boys from Manchester Orchestra have become a very different band from the quiet, introspective group that I first saw 5 years ago, now possessing a well-earned musical maturity and versatility without losing their talent for writing extemely clever songs. If you don’t know who they are you need to stop reading this review and listen to this amalgamation of rock and roll, motown, and James Brown soul. No other album this year has been nearly as fun to listen to. After listening to this album, I have come to the decision that I’m going to marry Annie Clark in a tasteful private ceremony in the Hamptons with a small afterparty in our estate off of the beach. There will be hors d’oeuvres and wine. That is all.

Youth Lagoon – The Year of Hibernation Eight tracks of what I can only feel should be the soundtrack to the next Spike Jonze or Wes Anderson film. Absolutely calming and happy throughout, this is the chill-out album of the year and a near match for The xx from last year.