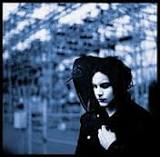 I bought/legally downloaded/actually purhased over 80 albums this year. Most were very good. This was a very difficult list to make.

No particular order, only numbered for clarity. Like their first effort, the best word I can describe Allo Darlin’ with is ‘happy’. If you don’t mind the lack of apparent depth, definitely give them a listen because its a good time. Cute songs, that usually cheer me up.

He might be the most talented musician alive today. I hate him for it.

Following a trend, I seem to be listening to a lot of folk-indie bands led by female singers. Its a damn good album though.

I really can’t pinpoint what makes me listen to this album so much. I just really like it. Super indie, sometimes super poppy, but nobody else sounds quite like them.

As part of my continuing musical education I’m moving way into a country/bluegrass/folk mood. Lots of good albums came out this year. Out of the group I could have picked Old Crow Medicine Show or The Avett Brothers but Good Old War just had a more unique sound.

She kinda came out of left field. Found her by accident and just fell in love with this album. I don’t know what else to say. Just listen to it.

Could have come out in the early 70’s smooth soul movement and would have fit right in. Straight outta Motown, this one. Lots and lots of good hip-hop came out this year. And of course, I had to pick the white guy. Actually, easy racial jokes aside Macklemore puts some heartfelt, and pretty damn heartbreaking lyrics over Ryan Lewis’ superb beats. Incredible album for only being a sophmore effort. I passed over P.O.S. for this album which is a damn hard thing to do for an avid P.O.S. fan.

I was looking everywhere for this years GRUM, for an album that made me want to dance. The closest I came was narrowed down to these two and only one is at all understandable by me. Both are brilliant

Album is on my top 10 because it is both amazing and incredibly painful. A lot of emotion tied up in this album for me, just because of stuff that was going on in my life when I first heard it…then heard it many many more times.

I really almost didn’t put this one on the list. I didn’t listen to it as much as any of the others. It wasn’t my groove. It was a good album and its acclaim is likely well deserved and I can’t deny the impact its had, but it just wasn’t my favorite of the year.

Two legends released albums this year. It was a good year to revive. Neither of them were perfect but they are both worth trying out. Two lovely nordic ladies making melodic tunes. I like it.

Phitzy will hate me, but I really liked this album. Despite his chubby face, it was a very enjoyable album.

Catchy as hell and just a solid album. I wish it had something to put it over the edge.