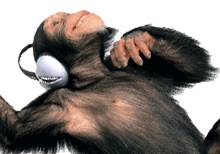 The year is almost over but Aaron Poole, Katie Delz and Michael Harris have come together to recommend some music to see you out. So check out our picks below and click here to read/listen to our previous lists.

For this month, I’ve decided to recommend some music that I feel is the type of stuff one should listen to as the year closes out. Maybe you had a really nice year and all your wildest dreams came true. Maybe your year was as uneventful as watching paint dry. But listen, a ‘paint-drying’ year is just as important as one that was successful, and you need some tunes to calm you down and soothe your weary soul.

That is why I chose Beach House‘s self-titled debut album as my pick this month. This dream-pop goodness came into the world in 2006, and is adorned with a calm simplicity of organs, programmed drums, and Victoria Legrand‘s voice that is guaranteed to subdue even the most anxious of people.

So here is what you do, dear DOOM! reader; Acquire this album, make a hot drink of your choice, and take a loving (or hatred-filled) look at your myriad 2011 memories. On their eleventh studio album since 1993, The Roots continually impress with their ability to move beyond the limitations that are generally imposed on Hip-Hop. Bringing in lyrics that are relevant, poetic, and accessible while testing their own musical boundaries with far reaching influences and stripped down beats. Notable tracks are “Tip the Scale (feat. Dice Raw)” and “Make My (feat. K.R.I.T. and Dice Raw)” The Black Keys haven’t done bad forthemselves over the past 10 years, releasing 6 studio albums, two EPs and one hell of a collaboration record in Blakroc. With El Camino, their seventh record, The Ohio duo continue to impress with a sound that no other band is doing quite so consistently or quite so well. If you’re a fan of The Black Keys already, you’ll find the familiar chugging beats and soulful guitar but their sound is definitely evolving further away from their strictly blues-rock roots. Standout track include “Little Black Submarines” and “Stop Stop“

The idea of a comedy band can be both positive and negative. Cheesy examples can be found at Open Mic Nights across the world but Flight of the Conchords, Paul & Storm, Tenacious D (at least for one album) are good examples of novelty bands making great music. I won’t include parody musicians because, well, that’s a different kettle of fish. Ireland now has an act that can compete in this genre, The Rubberbandits. With their almost incomprehensible Limerick City accents and catchy hip-hop tunes these YouTube heroes got themselves a number 1 hit last christmas but it has taken them a year to release the debut album this month, Serious About Men. It’s a double album with a mix of both their songs and some prank phone calls they featured on their YouTube channel.

While I like the album and I’m perfectly happy to recommend it to everyone I must say that I’m slightly dissapointed there aren’t more songs. The vast majority of the album has been online for a long time now and I was hoping to unearth some new stuff but this is pretty much a direct copying of the YouTube material and it feels like too long a wait for just that.

Anyway, enjoy the song that kicked off their crazy ride just over a year ago. (NSFW)