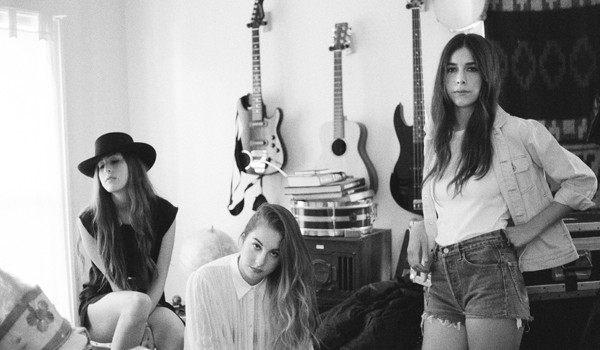 In a manner of serendipity I bought the new releases of 10 bands this year. Most pleased me endlessly but there were a few duds mixed in too. Here are my 10 albums of 2013 (well, 9 albums and an EP). I’ve included a sample song from each release but if you’d like to listen to all the albums in full here is a handy Spotify playlist for you.

Karen O and team don’t quite channel the same sort of raw energy that drips from their earlier offerings but what they lose in vitality they more than make up for in growling sneers.

More of the same from the painfully hip New Yorkers. If you like their previous efforts you’ll be happy but I can’t help but think that they’re either getting a little jaded or running out of things to say.

I couldn’t have been more disappointed in this album. A poor mish-mash of songs that feel thrown together in a hot-minute. Considering that releasing this album got them out of their contract with RCA, the motivations for such a poor release are clear.

I played their previous Mixxxtape an embarrassing amount of times so I was more than excited for their second release. It feels weird to say that this is a more mature, darker album when the song I’m putting here is called “Suck Dick, Eat Cheetos” but that’s the reality of it. And if you hadn’t gathered yet it’s probably NSFW.

Everything Everything are one of those bands that sneak up on you. At first, they’ll seem hard to penetrate as their music is so dense with melody but god damn it you’ll be coming back for more like it’s crack.

Without a doubt, my album of the year. Played it obsessively. These three sisters know how to bury a catchy tune into your brain. Add that to their rocking beats and interchanging vocals and you’ll be smitten before you know it. It’s a shame their music videos are so bad.

This one got a lot of praise from other quarters but I’m gonna put my neck on the line and say that I thought it was much more hit-and-miss. But I will give them credit for finally moving their sound on from the QotSA sound-a-like funk they were in.

Do you get it? Because they’re 21 now. No? Fine. Britain’s premier hip-hop outfit are back with their second album and they mean business. Taking pot shots at modern life and the hypocrisy of rap misogyny. My kinda guys.

The Strypes are teenage kids from Ireland who are scaring people with their ability to write catchy blues rock from the 60s. Their album is tough to listen to from start to finish due to a lot of similar sounding songs but they’re a welcome addition to a shuffled playlist.

Brothers or Not – Pioneer

Expert pedlars of whiskey-fuelled break-up songs, Brothers or Not return with their second EP of scorchers. Some of my favourite rock songs of the past couple years are from this band and if you miss the days when Dave Grohl was able to actually write a rock song and not just a pop song with guitars, then I think you need Brothers or Not in your life. Unfortunately they don’t have a full song from the EP online so check out this taster.