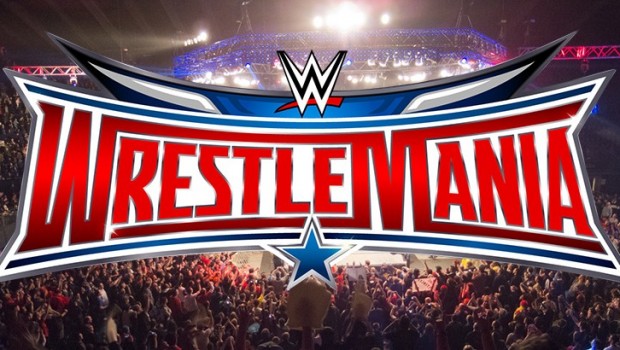 It’s that time again. We’re just two days away from the biggest show on the wrestling calendar and once again I’m going to try and predict the winners. I have a decent record at this so don’t say I didn’t warn you… They turned Ryback heel for this but I still can’t imagine them giving him the win because despite his inability to be compelling at any point in his career, the guys backstage seem to love him and my guess is that they think he’s better than the US title. I think Kalisto will take this although I worry the feud will go on. Whoever wins, we lose.

Winner: Probably Eva Marie, just because they hate us

The Usos vs. The Dudley Boyz I’m torn on this one. I would LOVE for The Dudleys to win this and cement a strong bad guy in the tag-team division, maybe have em take on the newly face New Day. Sadly, The Dudleys’ return has felt like nothing but nostalgic and they’ve been putting the young guns over consistently. It’s the norm for older guys to do this but it’s a shame as I feel they have at least one more title run in them. It’s amazing, considering that there is no title on the line for this match, that it has as good a story build up as it does. These guys have been going at it for months. I’m not exactly into this feud but I can appreciate that Jericho has been working his socks off on the mic for it and that AJ always brings a good match to the ring. This should be interesting.

Honestly, I can’t see it being anyone but AJ picking up the win though. He’s the new boy on the block with the push and Jericho has been perfectly happy to put newer talent over in recent years at the big show. I think this is nailed on but expect a great match anyway. These are crap shoots most of the time (I know what I said) so it could be anyone. I would love it if they let someone from the Social Outcasts or the criminally under-used Tyler Breeze pick up the win and give them a little bit of limelight for a while but I don’t see that happening. Expect Goldust and R-Truth to do something goofy.

The New Day vs. The League of Nations I wish this had been given more time to develop. That’s the general problem with Wrestlemania these days. It should be the show were long standing feuds go to be finally settled but there are so many new match-ups now because of last-minute planning. Anyway…

With Barrett already saying he’s going to leave when his contract is up, the writing is on the wall for this faction and New Day are too hot right now to make their win unlikely… BUT… there are no tag titles on the line here and I believe that’s because they want to keep them on New Day and give LoN a push.

Winners: The League of Nations This is a tough one to call. I don’t think they’ll give it to Becky but it could quite easily go to either of the other two. Charlotte is in a strong position and could run for a while longer as champion. Sasha is a huge crowd favourite and the company knows she can deliver as a champion. Honestly, I couldn’t call this with any confidence. But I have to make a prediction so…

Winner: Sasha Banks
(they know they’re gonna get boos at the end of the night so might as well earn some crowd favour early on)

The Miz vs. Dolph Ziggler vs. Sami Zayn vs. Stardust vs. Zack Ryder vs. Sin Cara vs. Kevin Owens Once again the Intercontinental Title is being decided in a ladder match that screams “who needs a match?”. I love Zack Ryder but what is he doing here? Has he even had a match with Owens? The only sense for this would have been an Owens/Zayn fight. The fact that we’re being denied it is infuriating. When will WWE learn? Good storytelling beats gimmick matches every time. Expect Owens to keep the belt but hopefully a set up for the rivalry we want at the next PPV. The fact that this is a “street fight” I think gives this an opportunity to go either way. It would have been a straight win for Brock otherwise, there’s no way they would have let Ambrose win over him clean. Brock has nothing to prove at this point and I don’t think he’ll be going for the title again in the near future. But I could picture them set up an Ambrose/Reigns one-on-one title match down the road so I think they could have him finish strong here. Plus, more fan pandering before the boo-fest.

Shane McMahon vs. The Undertaker Oh man. I have a feeling I’m being a “mark” with the following prediction. There is a little part of me that thinks “Aaron, they’re working you here”. But I have to go with my gut…

I can’t believe that they would bring Shane back with the tease of him running RAW for a few months and not pull the trigger on it. It would be an intriguing story for months to come and could breath fresh life into what has become a struggling show. Undertaker has already had his loss at Wrestlemania, there is no need to keep the streak going. There is also no shame in losing in a Hell in a Cell match if Shane McMahon does some crazy leap from the top of the cage (which he is very likely to do).

This could be the big “oh sh*%” moment of the night. Ah, it might not be that bad but unless they pull an all mighty swerve, this could get ugly.