JJ and his amazing friends The Light Fingered Five sit down to discuss improvisation and new projects. I would like to thank them for sitting and talking into mics […

JJ and his amazing friend Aaron usually have very unique conversations. This one is no different, trust me. The pair start things off by mocking accents, and then discussing […

Hey hey I’m running out of things to put here! Jon and Dan Kelly are back in the Jonstudio (read: bad studio) to record this trip through Retro Alley. [… 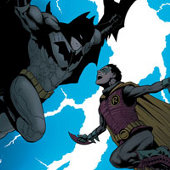