JJ looks at the Oscars

The Academy Awards are over, and it takes award season with it. For movie junkies like me, it will be a long wait till we get our next fix. […

Sitting in work as I often do on a Monday evening I began to look for anything to brighten my day. With little stimuli available I decided to take […

JJ and his amazing friend Scott C. from NeedCoffee.com sit for a second chat. After the two get past the usual small talk, they begin a conversation that starts […

The week has been abuzz with Activision’s announcement to officially cancel the Guitar Hero franchise.  On top of this news, Harmonix opted to celebrate by putting Rock Band game [… 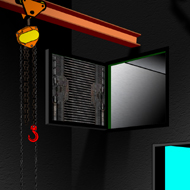 BONUS EPISODE!!!!! JJ and his amazing friend Jason realized they had unfinished business to discuss so they came back to take care of business. The friends hit on X-Men […

Based on any university lecture hall, it is clear that games on Facebook are very popular. I’m not sure why, but that is probably because I never got into […