JJ and his amazing friend Elizabeth wish the listeners of Mars Needs Podcasts a very heartfelt Merry Christmas. The two share stories of their Christmas’ together, some happy, some [… 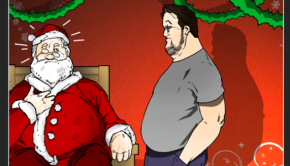 Welcome to Hands Down, DOOM’s own look into the world of the folks that frequent this sordid world of geekery. This week; everyone takes a visit to Santa and […

Mars Needs Culture! #5: …And to all a good night

The holidays are solidly upon us now, and in my household it is definitely a time where I like to shut off from the rest of the world and […

Wow, this really turned out to be a much bigger project than I first thought it would be. What do you say to wrapping it up? I know it [… 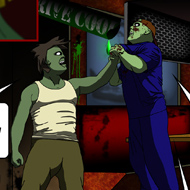 “Something’s Wrong, Something’s A-Missing…” The battle is over, all hands are accounted for. But it would seem the hors d’œuvre has gone MIA&#

In this, our glorious 32nd episode, we return after a weeks break to talk about mostly the same stuff. The Walking Dead episode 5 is discussed as well as […